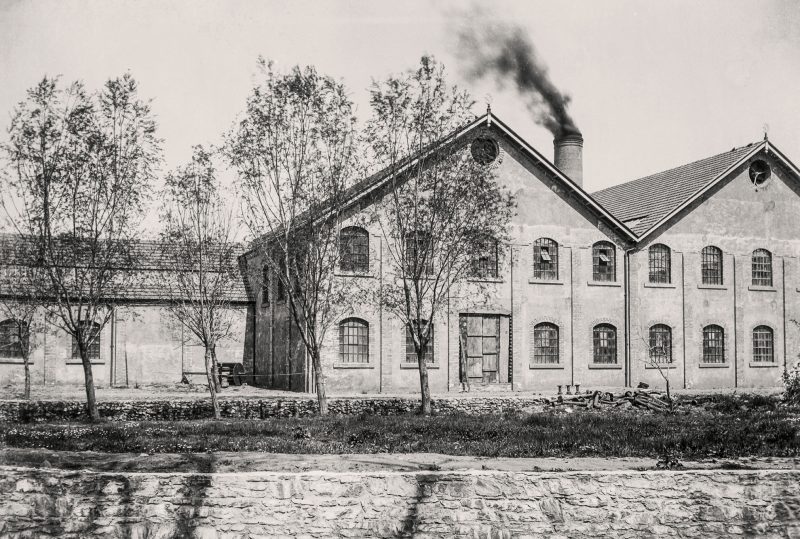 Posted at 14:38h in English by Beykoz Kundura

The opening of Beykoz Kundura’s cinema not only offers cinephiles a unique selection of movies, it also brings the former leather and shoe factory a step closer to becoming a major cultural and artistic center. The historic site has a fascinating story to tell.

From the Ottoman Empire into the Republic of Turkey, the site of Beykoz Kundura has a rich history of over two hundred years. “Basically, it represents the milestone of industrialization attempted in the late Ottoman era,” Buse Yıldırım, the Director of Arts and Culture at Beykoz Kundura, told The Guide Istanbul.

The history of the site dates back to the early nineteenth century. A tannery and paper factory was initiated by Sultan Selim III in 1804 and later, steam engine boilers and extra stone mills were added to the tannery in 1842. After the Turkish Republic was founded, the site continued to operate as the state-owned Sümerbank leather and shoe factory, reflecting the state-led industrialization policy of the period. In 1955, the annual production capacity reached 186,000 pairs of shoes.

The Sümerbank factory transformed the district from an ordinary fishing village into a blue-collar quarter of Istanbul and was in its heyday until the late 1970s. But, with economic reforms in the 1980s, the factory struggled to compete on the free market and went into the red for the first time in 1986. The factory halted all production in 1999, and the site was privatized in 2003.