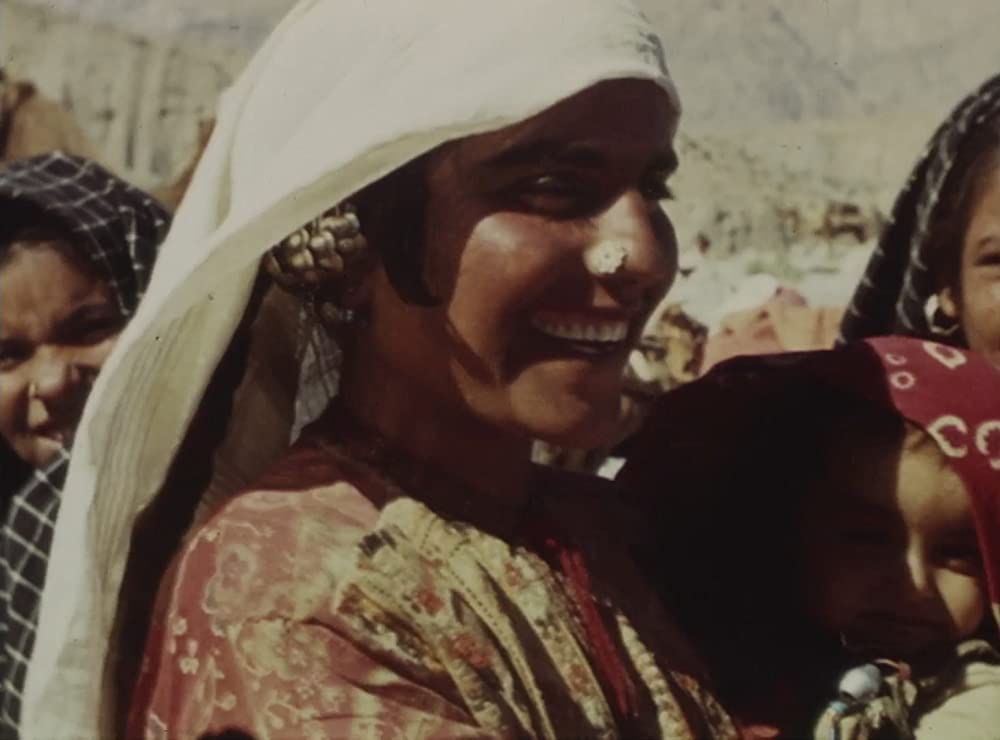 Posted at 12:36h in English by Beykoz Kundura

How did you first come across the footage and photographs from Ella Maillart’s journey to India? How did you decide to make a film out of the material?

Twenty years ago I was doing film restoration projects in Switzerland. I was not too familiar with Ella Maillart, but when a colleague told me about her films, deposited after her death in the Cinémathèque Suisse, I went and looked at them. There were several silent 16mm reversal prints, some in black and white, some in colour, of her journey to Afghanistan and India and a later journey to Nepal. Everything unpreserved. So I launched a restauration project, and in 2005-2006 a part of the material was preserved by duplicate negative and a new projection print. Ella Maillart had originally used the moving images like slides, to hold conferences. But without her the films were dead, silent; there were hardly any intertitles, and in the case of the colour material, the print situation was very chaotic.

A film restoration is finished only when the film reappears on the screen in front of a public. I made some screenings of the new 16mm print of the bw footage of Nomades Afghans, commenting directly during projection. Memoriav, the Association who had fineced the restoration, asked me to edit a dvd with the material. There was never question to make a film; I wanted to combine the material maybe in a kind of website, an experimental form of  animated exhibition, and got totally lost in the ocean of ideas and materials and made several unsuccsessful starts. Finally I asked my friend Antonio Bigini to help me. We decided to work fast and cheap and to make two edited sequences for the dvd, one for Afghanistan, one for India that would go on a dvd. Only when the work was done we realized we had made a film. It premiered at the Nyon festival Visions du Reel. six years ago, and has had many screenings all over the world ever since.

Would you describe Double Journey as an essay film? What were your sources of inspiration in terms of shaping the story, editing, and the use of voice-over?

You know, we had no script, no budget, no plan, no ambition. We simply worked directly, on the basis of pages and pages of text, of about one thousand photographs and about hundred minutes of moving images. We combined words, still images and moving images, and something started to happen, they took life. It was a complicated process of course, and took much time and work. However, when the finished film was there, it there was all of a sudden, and now it seems to Antonio Bigini and me quite improbable that we are really its authors. Though all the decisions about shape and story and editing and sound and voice are ours.

The use of letters, and especially using the beginning of the letters as a kind of rhythmic structure is directly inspired by Sans soleil by Chris Marker. The film came out in 1983 just after I had returned from Japan and appeared to me like a  direct visual record of my very intense year in Japan, it has left a deep impression. The opening and closing of the notebook to begin and to end the film comes directly from Alina Marazzi’s  Un ora sola ti vorrei (For One More Hour with You, 2002), another film that has left a deep mark.  Both films have enthralling narrations by a single voice. – If you feel like putting Ella Maillart – Double Journey into the same category like the Sans Soleil, that’s quite an honour….

Apart from the footage you used, how much did you research about Maillart’s life, her journey and her relationship with author and photographer Annemarie Schwarzenbach? Was it decided from the beginning that the film would limit its perspective to Maillart’s footage and letters?

To put it simple: This was a small-scale restoration project, about how to bring Ella’s silent film footage back to life on a screen. We consciously excluded to concentrate on the relationship between the two.

I started with a rather complete research on Maillart’s life and work, already during the restoration project of 2005-2006 which included other films by Ella Maillart. I was very much helped in my research by Anneliese Hollmann, to whom Ella Maillart had entrusted her heritage of images and writings and who has made an excellent work of editing letters and writings.  Of course I have read also everything Annemarie Schwarzenbach had written during the journey, and looked through all her photographs. But it was always clear that the aim of the project was to find a form for publishing at least a part of the moving images Ella shot during the Journey. The best context for these silent and unidentified material were her writings and her photographs. Also, we wanted to follow her through to the first screening of her film Nomads of the Frontier in Bombay and to the end of her journey in the Ashram of Tiruvannamalay. The most important research work was done on her letters and photographs in order to establish the chronology of events and to identify when and where the film footage was shot.

Since the film is loose, light, it is essential that the chronology be reliable – and that there is a reliable perspective and voice, Ella’s.

Maillart’s letters to her mother reflect a deep disillusionment with European civilization, and the destruction brought by World War II, which breaks out during her journey. At one point she writes something like “We should try to understand why Europe has gone mad, instead of blaming one dictator or another”. What would you say about the personal and political aspects of her letters?

The war that brought her the disillusionment with Europe was World War I, 1914-1918, which she experienced as a teenager (Maillart was born in 1903). She was deeply disgusted by the war and its violence, by the ideologies, by the states forcing people to be soldiers and to kill each other in the name of patriotism. As a consequence, as very young women, she and her best friend Miette de Saussure wanted in 1926 to leave Europe for good and live on a ship in the Pacific (both were expert sailors).

The letters to her mother during the journey to Afghanistan and India show how clear-sighted she was even from such a far distance, about what is going on in European politics. As for the personal aspects, she tells her mother about her choices once she has taken them, but rarely about her troubles (these find expression in the personal notebooks), and always insits that her family should not worry about her, that she is fine.

By the way her (Danish) mother Dagmar Maillart-Kliim was also a very emancipated and strong woman, and an optimist.

As she travels through Turkey, Iran, Afghanistan and India, Maillart seems to have an ethnographic perspective and a genuine interest in the people she meets. But there is also a hint of orientalism in her comments about the people she encounters. She tends to describe local people and nomad tribes as essentially different. Would you agree?

I agree, however would not make this a reproach. Ella Maillart is a rare person who has the goal to strive for inner and outer freedom and she tries to find and live a free, indipendent and real life. You need alternative inspirations, dreams, imaginations and visions for such an endeavor and for Ella, the nomads are a source of inspiration. She feels closer to them than to the diplomats in the embassies. Do not underestimate the physical reality. Ella was an outdoor person of great strength and courage, who shared and deeply loved the hard life of the nomads and sailors in constant contact with nature. In 1934 she travelled in seven month on horseback and foot 6000km from Peking to Srinagar in Kashmir. It seems to me that she is doing this to esperience reality. Orientalisme is an effect of discourse, a mirror maze.

How did you contact Irène Jacob for the voice-over in the film? How was the process of working with her?

To start with the second question: Our part in the collaboration with Irène Jacob was limited to providing the text, organizing the recording studio and the technician, and then sit quietly in the background and watch a great actress and artist at work. It was a miraculous experience. Maybe there where a few passages where we suggested about how we understood the scene and how the narration might be done, but all in all, the music and expressivity of the voice-over which carries us through the film, is the work of Irène Jacob. Inestimable.

We had not really planned to make a film and had no budget, initially we thought we simply ask some friend to do the voice-over, a non-professional. Then, while editing, we realized that the project was developing the substance of a real film and that the voice-over was all-important. But when going through the professional voices you can buy, they were totally wrong, either commercially soft or documentary cold. We tried and failed several options, I remember for example contacting for weeks the agent of Mazarine Pingeot, philosopher, writer and journalist, who had in her voice, we felt, the right energy and strength of character, but never got a real answer.

The idea then was someone from Geneva, like Ella Maillart, and we started to look for an actress. We run out of time. A friend of a friend of Antonio who incidentally had been Jacobs dog sitter in the past, gave us her cell phone number and I took my courage and called her. She asked for the text, and the same day in the evening, after reading it, said yes, fine, I’ll do it. We cannot thank her enough. 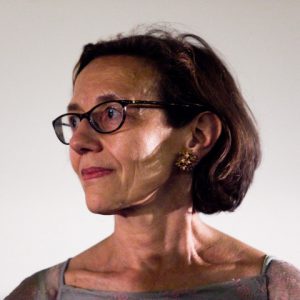 You are also one of the curators of Il Cinema Ritrovato Festival in Bologna. What is, in your experience, the relationship between film programming and filmmaking? Are they two separate endeavours or do they feed off of each other?

In my case, the two activites are inseparable. I am, by profession and vocation, a curator and made only this one film, together with a fellow author. My main passion has always been to make film programmes putting together short or fragmentary early silent films and to make them shine in a beautiful, convincing séance / show.  The editing of the moving images of Ella Maillart was exactly the same process and came very naturally to me: to select the right scenes and themes, to find the right place and order and finally to cut as much as possible, so that what remains gets more space and power. Antonio and I have a project for another film, about Albert Samama Chikli, the Tunisian Film pioneer. I first learned about this extraordinary film maker and photographer when co-curating the festival strand about Views from the Ottoman Empire in 2014.