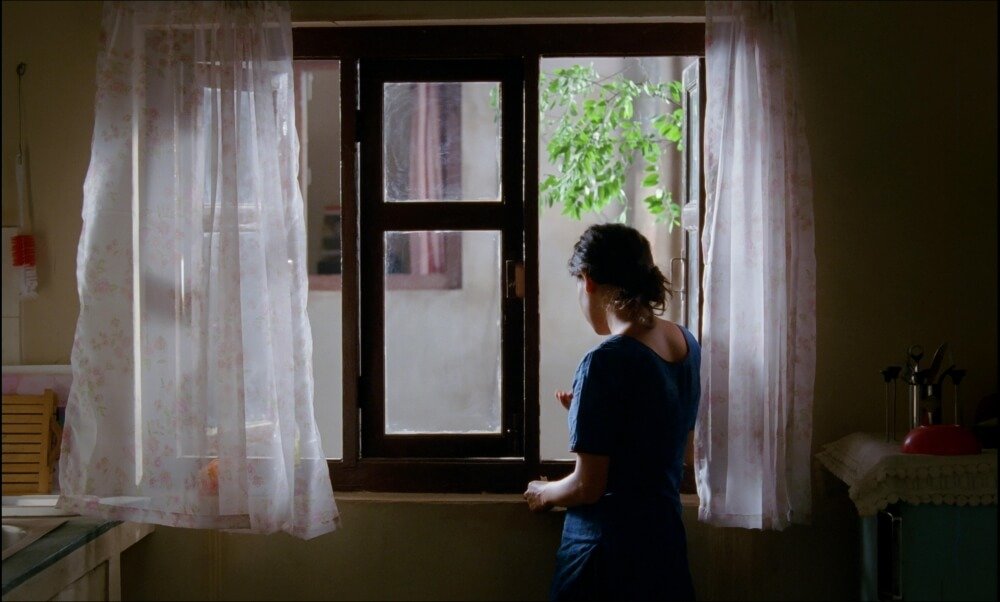 Posted at 17:25h in English by Beykoz Kundura

Both formats are more vertical formats than the usual 1.85 or cinemascope. In Afternoon Clouds I have used a classic European format which is 1.66. Although it is rectangular, it still retains the vertical feeling. My usual preference is 1.66 for fiction and 1.33 for non fiction.

In my opinion, a 1.66 format is less intrusive and draws lesser attention to the cinematic form. It is able to draw one into the narrative without the artifice of cinema being brought to the forefront. 1.33 on the other hand works as a much more urgent format that draws attention to itself. As the non-fiction work is much more formalistic, I think it creates a distance between the audience and the image which leads to a space for a discussion to emerge between the two.

None of this is set in stone of course! I guess as a filmmaker one is attracted to certain formats, much like a painter choosing a canvas, perhaps. And these ideas change as the norms of screening formats change too. For example, 1.33 used to be the standard TV format for decades. Maybe it had a different impact then.

I have often felt that if I watch a film without sound, its temporality cannot be experienced. Yes, we do see people moving forward within the image but the sense of time is arbitrary. For a filmmaker to make an audience experience time, sound is essential. Sound can be used like a musical orchestra that allows for the pulse of the film to be felt. I think of it in terms of painting too. For example, in western painting, painters worked with darkness and highlights. The highlights determined where the viewer’s eyes would move over the painting, how long they would linger there. This idea fascinated me. I think sound in cinema is also that play between highlight and shadow.

But sound has a quality that is physically experienced. An image is an illusion, unfolding in the distance. The sound waves emit and hit you, enter your body. That is a feeling, something that makes you interact directly with the image. Which is why sound is a much more sensorial experience and I like the idea of using it evocatively rather than illustratively.

This film was an unplanned mistake! I had originally planned to make a film only about the bee collector Mr. Patil. I recorded many of his interviews and activity in my research period. But in the afternoons it was too hot to roam around the forests and we would spend time with the ladies in his family. Inevitably, while cooking, they had the best discussions. I recorded many of these, with their permission – it was hours and hours of recordings. A camera would not have managed to capture those secretive voices. A sound device is much less intrusive. Soon I began to realize the film was not where I had set out for it to be but somewhere totally different. I guess I let sound lead me to the film, eventually!

There is no real cultural meaning per say, but more a personal one. Sometimes while making a film I like to draw or doodle about it. At one point in one of my earlier films ‘Last Mango Before the Monsoon’ I decided to simply put the drawings into the film with no explanation. For me they are in lieu of a voice over. It could perhaps express an inner thought, an inner vulnerability that cannot be spoken in words.

Yes were all students together. Each of them were an integral part of the film and more importantly as we did all our projects together, we grew together and recognized, slowly, the language we wanted to evolve. I guess being in film school certainly has that privilege.

Yes that is true. Sometimes I feel I should not show my films together as they seem to spill into one another! I have not watched the film yet but will certainly do so!

Although there are several women directing films in India, it is still a long way to go. In the mainstream film industry, the numbers are fewer but slowly rising. In the independent film and documentary circles, the presence of female filmmakers is significant. However, it is in other departments where we still need to see a bigger representation of women, in cinematography and the sound department. These are real challenges. Another important aspect is caste and class representation amongst the women who have access to filmmaking in india. It is still extremely low and this is a matter of great concern.

I am working on two feature length projects at the moment, one fiction and one hybrid-non-fiction. Funding my films is close to impossible in India. I am working with a French co producer to hopefully find funds from Western countries. The road is very long and requires a lot of patience, which is something I don’t really mind. 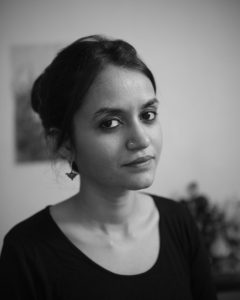 Payal Kapadia is a Mumbai based filmmaker and artist. She studied Film Direction at the Film & Television Institute of India. Her work deals with that which is not easily visible, hidden somewhere in the folds of memory and dreams. It is between minor, ephemeral feminine gestures where she tries to find the truth that makes up her practice. Her much acclaimed short film Afternoon Clouds was India’s sole official selection in Cannes film Festival, 2017, in Cinefondation section. Her experimental short And what was the Summer Saying had its world premiere at the Berlin International Film Festival (2018). It also received the Special Jury Prize at the International Documentary Film Festival of Amsterdam IDFA (2018) and the Pramod Pati Best Experimental Film Prize at the Mumbai International Film festival (2020). Kapadia’s experimental short The Last Mango Before Monsoon was premiered at Oberhausen International Film Festival (2015), where she was awarded FIPRESCI award and Special Jury Prize. Presently Payal is working on making her first feature film All We Imagine as Light which she developed at the Cinefondation Cannes Residency in Paris (2019-20). She has received the Hubert Bals Script and Development Fund as well as the CICLIC Development fund for this project.

Payal Kapadia’s movies  ‘Afternoon Clouds’ and ‘And What Is The Summer Saying’curated by Kinoscope  under the title “The Other Side of the Dream”  can be screened online with Turkish subtitles via free subscription until 19th, July 2021 at Kundurama!