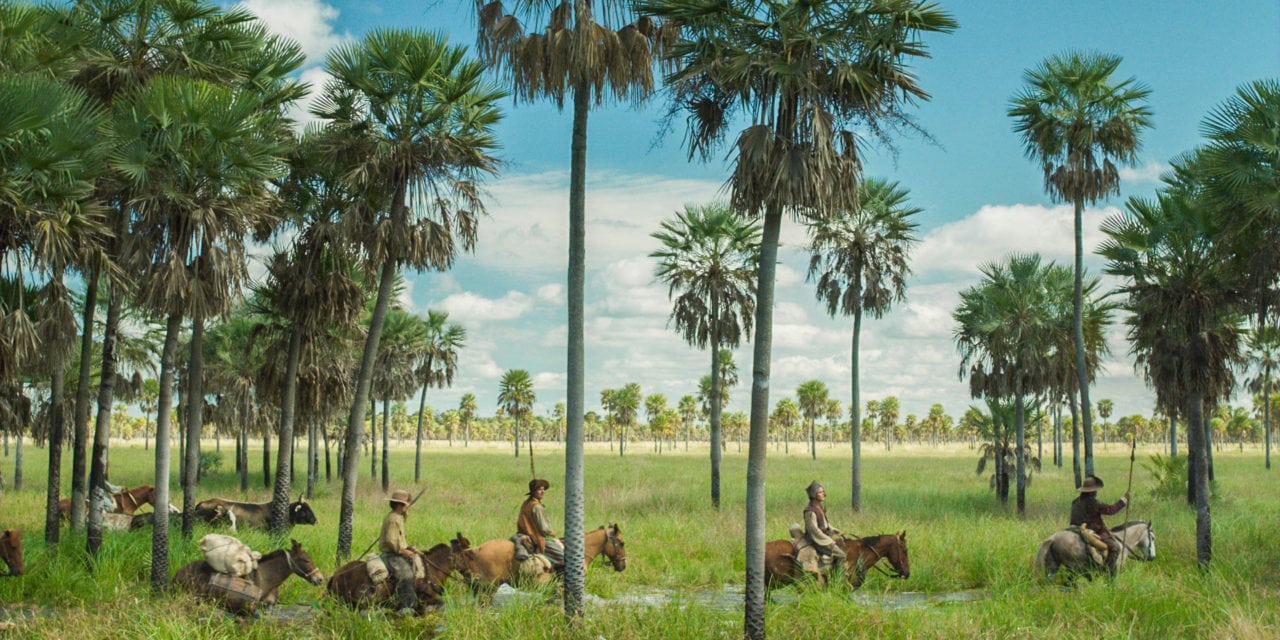 Posted at 11:50h in English by Beykoz Kundura

Nine long years have elapsed since the release of The Headless Woman (2008), Lucrecia Martel’s last feature film. Since then, she prepared and failed to get a science-fiction project launched, endured a drawn out two-month production, and oversaw an extensive edit on Zama, an adaptation of Antonio di Benedetto’s rigorously precise novel of the same name. The shoot may have been protracted, but none of that manifests on screen. Though at times insular, Zama is a haunting work for an artist who continually redefines her cinematic language with each film.

Zama follows the eponymous character during three episodes in his life: wooing an official’s wife; defending an assistant’s budding writing ventures while on duty; and volunteering to apprehend a notorious bandit in the Paraguayan wild with a small crew. Don Diego de Zama is a corregidor, an official of the Spanish crown, stationed in Asunción. All he wants — and never achieves— is a transfer out of this backwater and into a cozy position in Buenos Aires, Santiago, or someplace else in Spain’s vast empire in the 1790s. However, Martel gradually reveals what kind of man he is — a weak one —  by his interactions with colleagues, royalty, townspeople, and the natives.

Zama is Martel’s first book adaptation. It’s a curious choice since di Benedetto’s novel uses first person narration exclusively. Since cinema is good at capturing surfaces, this is what Martel does: she transforms the book’s interiority into an exteriority. She creates a psychogeography in which the bumbling, hapless Zama wanders through. In this way, Zama is similar to The Headless Woman, for both offer viewers subtle subjective perspectives from the leading character. In Zama, tight close-ups hold on the worn face and deep-set eyes of Don Diego as a babbling brook of voices swim around him off-screen as if they were the enunciations of his own thoughts.

On Twitter, critic Steve Macfarlane aptly compared Zama to the cantankerous Larry David on Curb Your Enthusiasm. And, as Alex Engquist noted in a reply to the tweet, like the HBO show, parts of the up-tempo, up beat non-diegetic music acts like ironic counterpoint to Zama’s escapades and eventual comeuppances. Yet such a comparison is more fitting for di Benedetto’s book. In the novel, the reader is always in Zama’s headspace. He comes off as a raging egocentric, haughty, vain, cowardly, and hypocritical. The last of these traits di Benedetto underlines by using short sentences that contradict Zama’s (usually long-winded) thoughts that preceded it. In Martel’s adaptation, Zama’s self-image is not so explicit. Daniel Giménez Cacho’s multi-faceted, evolving performance presents Zama as a principled man at first. In the first image of the film, he’s on a shore, looking out at a body of water. He rests on one of his legs. Laden with a sword, a white hat, and a red coat that gives him a regal air, he yearns to move, move, move. Zama finally does so in the film’s final episode by becoming a volunteer in a brigade to find Vicuña Porto, the man he once apprehended during his days as a corregidor. And it is at this time, after nine years, he looks like a broken man. His wardrobe is shabby and a shaggy white beard adorns his chin. His eyes, a shifting signifier of frustration and exhaustion, here convey sadness. He’ll never get to see his wives and children again. 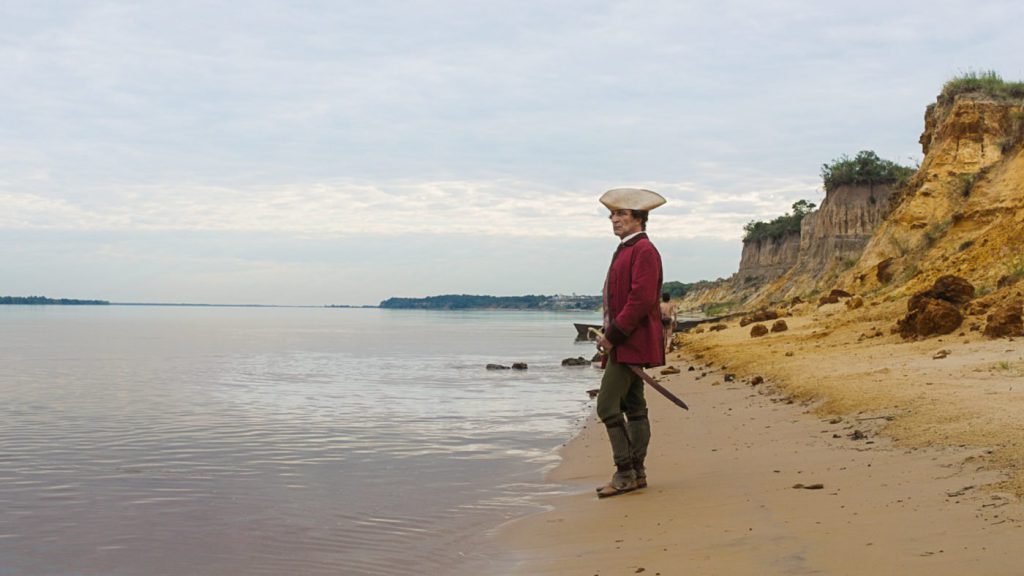 Martel’s film focuses narrowly on Zama, and in this sense fails to add a new perspective on colonial history. However, di Benedetto and Martel’s critique is felt obliquely in their character study of Zama’s absurd existence. He’s a puppet, a fool, and an inept Kafkaesque bureaucrat caught and complicit in colonialism.

Zama is part of a recent trend of slow, hallucinogenic art house films that are set in the past. Albert Serra’s Story of My Death (2013) and Lisandro Alonso’s Jauja (2014) ignore generic conventions associated with the historical film, creating mesmeric works that intertwine the fantastic and the banal. Zama falls somewhere in the middle of the spectrum between Story of My Death and Jauja. It doesn’t have an iota of the braggadocian filmmaking in the former or the plunge into the oneiric in the latter. Rather, Zama, like Martel’s prior works, has a tactility to it that’s accentuated by the clipped editing. And the dreamy, discombobulating elements come in flashes — the monotonous hum on the soundtrack, a glimpse of a child, a peripatetic llama.

Keeping with Martel’s modus operandi, in terms of plotting, Zama doesn’t hold your hand. Moreover, she elides explicit indicators of the passage of time, which is a crucial structural component of the novel. The three parts in di Benedetto’s book take place in 1790, 1794, and 1799. What Martel does is to blur the film’s duration, giving the impression that Zama is stuck not only in the same place, but in time as well. Perhaps Zama’s aesthetic is straightforward — that is, more straightforward than Martel’s prior work. It is, however, a refreshing work in a year with relatively tepid films at the New York Film Festival. Zama offers us the freedom that its titular character so desperately seeks in people, places, and things.

Click here to read on the original page on Kinescope.